Behind Every Good Logo Is A Great Story

When you think of branding, what’s the first thing that pops into your head? For most people, it’s the logo. The one static image that relays every single bit of information about the hopes and dreams of that company or organization in less than a second. Yes, logos are pretty important. And they’re a ton of fun to concept, too.

Behind every logo is a story. The path towards those symbols and wordmarks is often time-consuming and meandering. We have a few stories behind some of our favorite logos as well.

Coyote South in Santa Fe, New Mexico is an independent lodge for the forever wanderer. The hotel’s name and entire brand revolves around the native Pueblo story of The Coyote Who Spilled The Stars:

In the beginning of time, all creatures were gathered around a jar of stars to create the night sky. Coyote was very intrigued at the process, but being the crafty trickster he is, Our Mother turned to him and said “do not make mischief here!”

Nevertheless, when no one was looking, Coyote lifted the lid to take a peek and all the stars rushed out and spilled haphazardly into the sky. Our Mother scolded Coyote, saying he would forever be a wanderer and cause mischief wherever he went for the rest of time.

The logo features the silhouette of the coyote’s head under three stars inside an adobe-style architecture window to complete the story and give the hotel a sense of place.

Dubbel Dutch in Milwaukee, Wisconsin is a 19th-century double house mansion turned boutique hotel in the heart of the city. The hotel thrives on its distinct uniqueness and juxtaposition between old and new. The logo definitely reflects that.

Dubbel Dutch’s logo is strong and bold, just like the brand itself. The reflecting “D” and vertical “Dubbel Dutch” wordmark utilizes its alliteration and history as an imperfect symmetrical 19th-century double house.

You see the logos. Now hear the stories behind them. 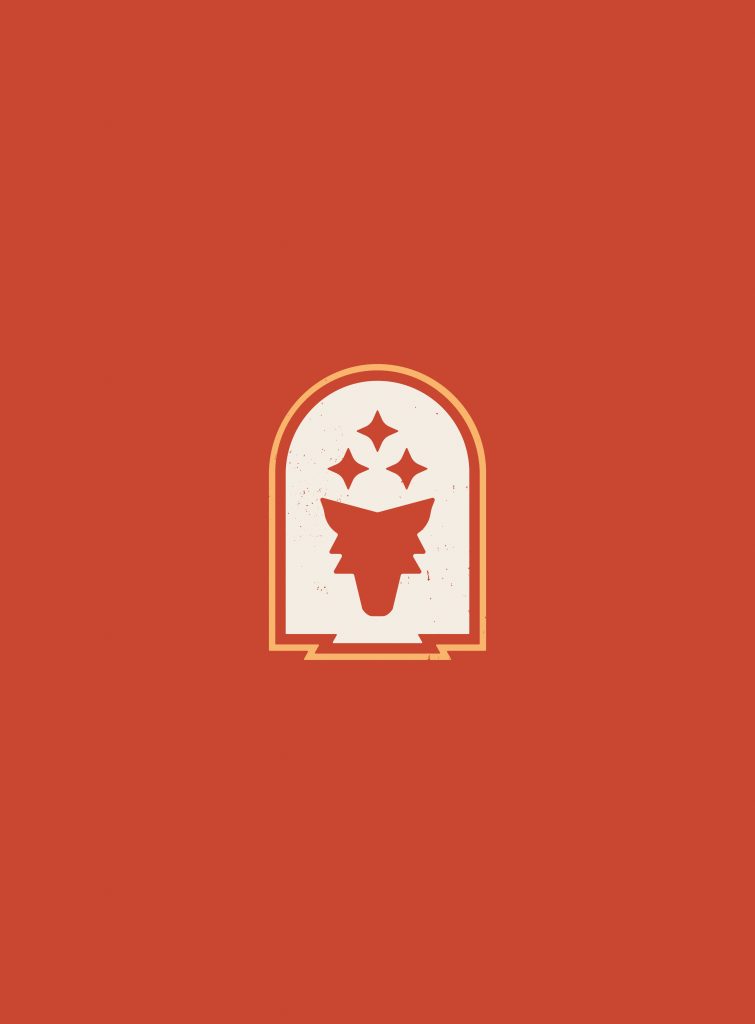